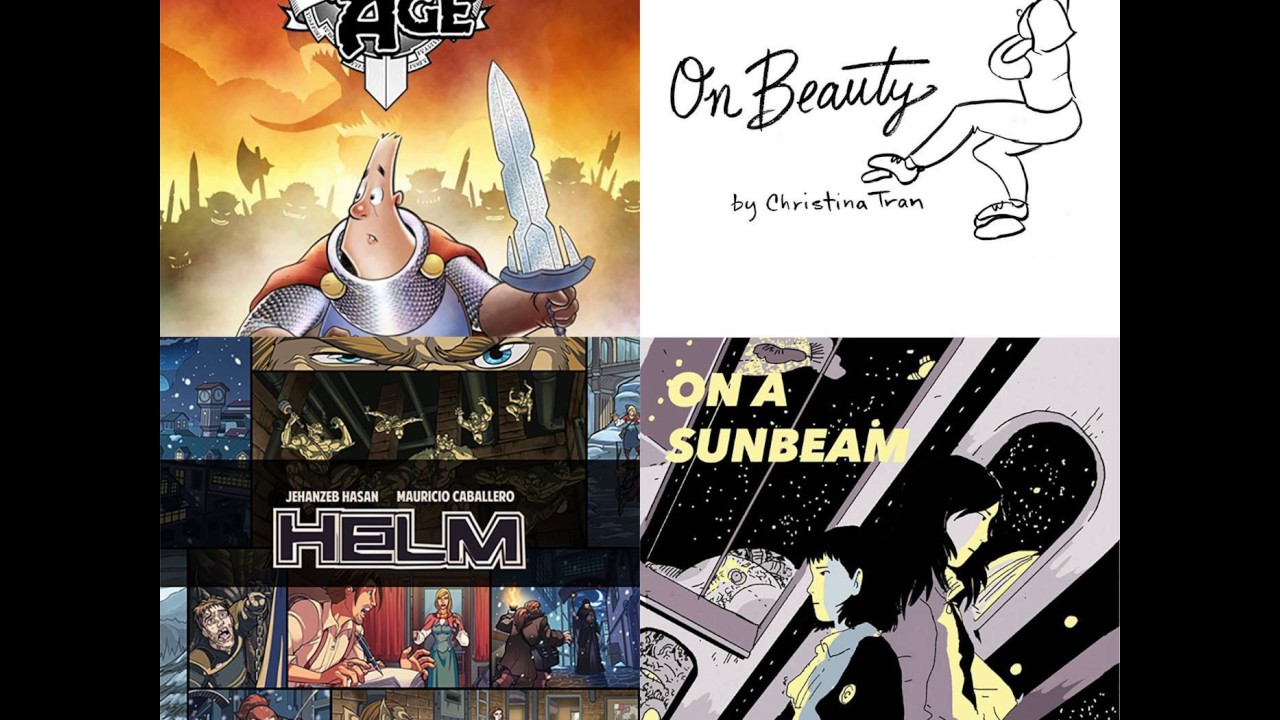 For the June webcomics episode, Sean and Derek take a close look at the webcomics nominees for the 2017 Eisner Awards. Before they do that, though, they have to determine exactly which titles are actually webcomics and which are not. If this sounds strange, that’s because this year the people behind the Eisner Awards have separated “Best Digital Comics” and “Best Webcomic” into two completely different categories — which is a good thing — but in doing so they have ill-defined the criteria to where there are digital comics mixed in the “Best Webcomic” category and webcomics in the “Best Digital Comic” category. In other words, there doesn’t seem to be any clear distinctions between the two…which was the problem in previous years when webcomics and digital comics were unfortunately clumped into the same category. Sean and Derek discuss in detail the problems underlying this year’s categorization, and they offer advice for next year’s judges and hope that in the future there will be a much more precise understanding of what a webcomic actually is.

After that, they begin discussing the real webcomics that are scattered between the “Best Webcomic” and “Best Digital Comic” categories. There are five in all, and in this episode they discuss Steve Conley’s The Middle Age and Christina Tran’s On Beauty (both nominated for “Best Webcomic”), as well as Jahanzeb Hasan and Mauricio Caballero’s Helm and Tillie Walden’s On a Sunbeam (inexplicably nominated under “Best Digital Comic”). Anne Szabla’s Bird Boy was also nominated as a webcomic, but since the guys discussed that title on a previous webcomics episode, they spend their time talking about the other nominees. And as the guys reveal, there is a reason why these four titles are nominated for an Eisner Award this year. They’re all well-written, keenly drawn, and ambitious in what each endeavors to accomplish. Both Sean and Derek wish this year’s webcomics creators, despite the appropriateness of the categories for which they’re nominated, the best of luck when the announcements are made at next month’s SDCC!